Autism spectrum disorder (ASD) is a developmental disorder that affects a person’s ability to socialize and communicate with others. ASD is marked by two unusual kinds of behaviors: deficits in communication and social skills, and restricted or repetitive behaviors. Symptoms of ASD start to appear during the first three years of life. Most children who develop autism have difficulty engaging in the give-and-take of human interactions. Symptoms of ASD fall on a continuum, meaning learning, thinking, and problem-solving abilities of children with ASD can range from gifted to severely challenged.

ASD affects about 1in 68 children in the United States, with more children identified than ever before. Since it is a spectrum disorder, that means every child with ASD has different skills, challenges and needs.  Children with ASD often have sensory processing problems – sensitivity to sounds, lights, textures or smells. Currently there is no cure for autism, though with early intervention and treatment, the diverse symptoms related to autism can be greatly improved and in some cases completely overcome. 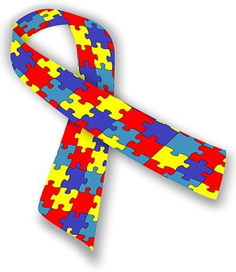